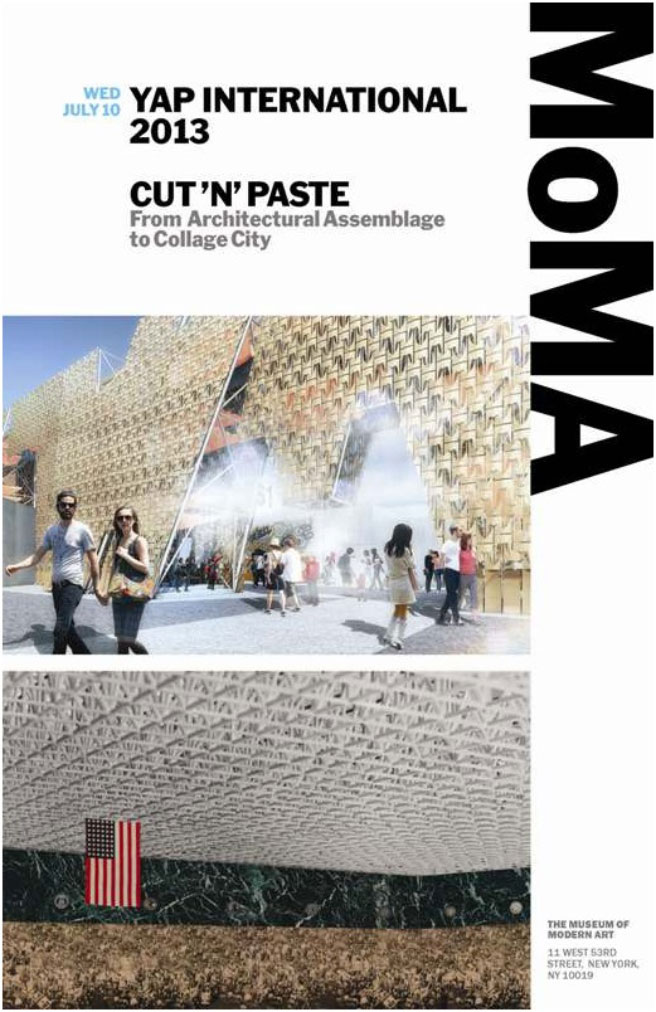 Contemporary culture is often described as a relentless rearrangement of multiple historical references, images, and signs. Collage has been referred to as a process that illustrates this specific condition of modernity. Cut ’n’ Paste explores the evolution of collage as both a fundamental yet overlooked technique of architectural representation, and as an extended cultural notion of layering, juxtaposition, and remix that has shaped perceptions of the urban realm over the past century.

This installation pulls from MoMA’s vast collection to revisit the medium’s manifold expressions and to uncover how the visual language of collage has come to dominate contemporary architectural representation. Architectural collages from Mies van der Rohe’s early photomontages to the reprise of the technique in digital rendering are juxtaposed with the cut-and-pasted experiments of artists, photographers, and graphic designers. A concept first theorized by architectural critics Colin Rowe and Fred Koetter in the 1970s, these artistic experiments suggest an immersive “collage city”—a city that comes alive through the superimposition of its many elements.

Considered in this diversity, collage offers more than a continuation of drawing practices. Whether through direct evocations of lifestyle or inventive connections to surrounding cultural conditions, it is an aspirational tool by which architects have drawn reality onto their projects from their earliest conception.